Montevideo presented on 14 March 2019 the “Fincas” project, which aims at recovering abandoned properties at the heart of the city to ensure their social function and put them at the service of the common good. Fincas is based on a consolidated cooperation scheme between Montevideo’s municipality, civil society, academia and the Uruguayan national government. 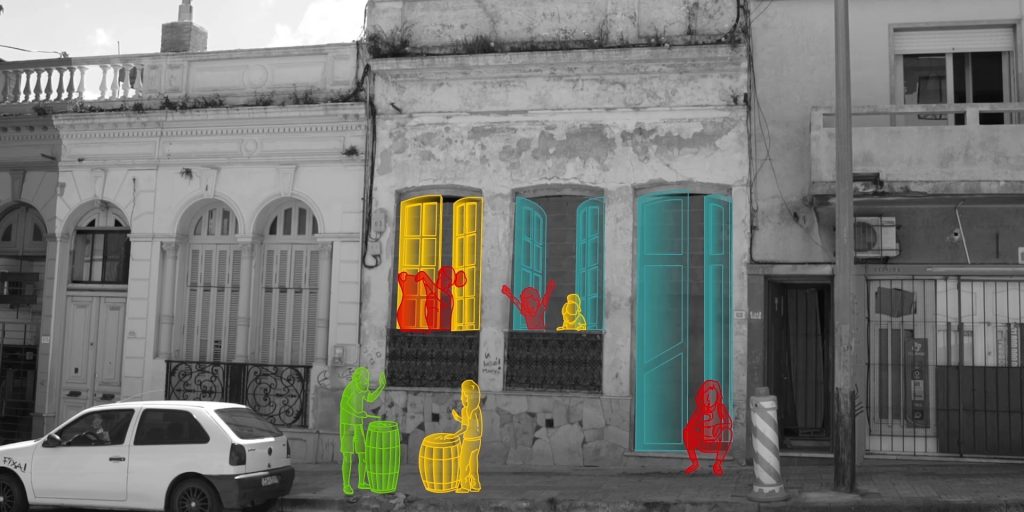 Montevideo has developed this project through the use of existing legal tools, which allow the municipality to recover abandoned, private urban land, in order to give it a social use. Once the property has been recovered, the municipality incorporates it into Montevideo’s “Cartera de Tierras” – a city land portfolio mechanism with more than twenty-five years of history that facilitates inhabitants’ access to land for developing social and cooperative housing projects.

One of Fincas key features as an urban regeneration project lies in the emphasis given to land use law and achieving a “re-densification” of the city – in other words, to transform Montevideo into a more dense city. By giving a social use (and returning to its residents) central urban locations, Fincas aims to combat abandonment and gentrification of some districts within the city.

Partnering for social justice and the right to the city

The set of projects which have been implemented in the framework of Fincas is especially varied, and has benefited both from agreements with national Ministries as well as with civil society. Several housing initiatives have been transformed, for example, into “temporary shelters” for homeless people, such as women with children or people waiting for social housing allocation. Along the same lines, several housing lots have also been used to social rental housing.

Other initiatives, such as the “dispersed cooperative” model, have been instrumental to promote alternative forms of social housing, and to protect local residents in areas exposed to strong speculative pressures. The objective of dispersed cooperative initiatives has been none other than to protect the resident population from gentrification and expulsions. Finally, the Fincas project has also sponsored the creation of projects for community, social and recreational purposes, such as the “Casa Trans” (Trans House): an initiative that promotes visibility and the exercise of rights of Montevideo’s transgender population.

Montevideo, committed to the implementation of the Declaration of Cities for Housing

According to Montevideo’s Urban Development Department, projects such as Fincas help the city achieve a model of “urban development that has a human scale and proposes alternatives to global phenomena such as speculation, pollution, urban extractivism or predatory growth”. It also helps “put at the center of urban development people’s needs and their right to the city”. According to Silvana Pissano, Director of Urban Development, thanks to Fincas “we find places that are empty of use, of the richest thing that a city has, which is space for meeting and for life”. By shortening the material and symbolic distance between central and peripheral areas, Fincas helps to build a more cohesive city and ensures the realization of the right to the city for all.

The political vision of Montevideo regarding the right to the city and spatial justice was also assessed by Mayor Daniel Martinez on the occasion of the “Cities for Adequate Housing” Declaration launching (New York, July 2018): “If you live far from central spaces and do not have means of transportation that take you to services and urban opportunities you are in a certain way excluded. The right to the city gives us a global perception that implies housing as the right to live part of a community with equal starting point”.